Healthy parenting lessons from the life of Patrick Mahomes 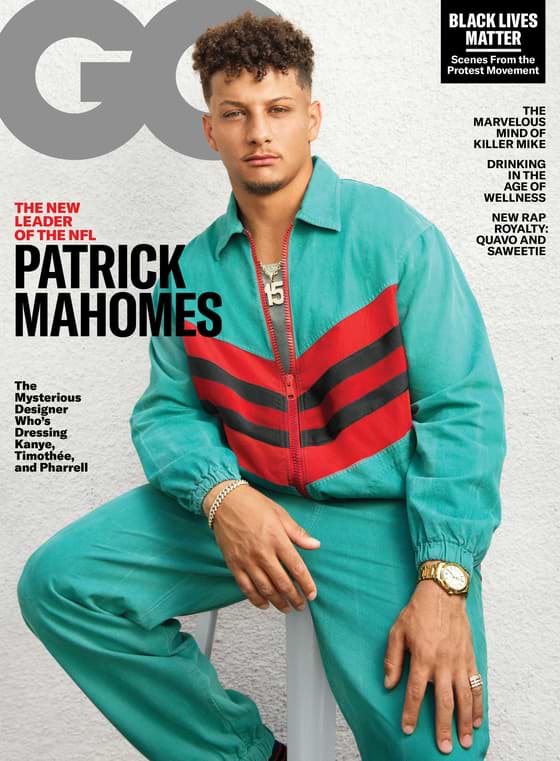 “Right from the beginning, Patrick Mahomes was not like other kids.”

Clay Skipper recently published this fantastic GQ article about the 24-year-old NFL superstar. To the casual reader, it would be a nice side dish to a Sunday morning cup of jo. To us at Everydae, the article reads like a treasure map of parenting gold.

So, what can the life of Patrick Mahomes teach us about healthy parenting? Three things:

Patrick Mahomes’s story is a beautiful reminder of the power of imitation. If surrounded by great people, our children will learn to become great people.

In Mahomes’s case, he was hanging out with some pretty impressive folks as a kid. The following is from Clay Skipper’s GQ article:

“Growing up around guys like Derek Jeter, Alex Rodriguez, and Mike Piazza wasn't just a lesson in being a professional—putting in the time, knowing how to handle the media—it was also a psychology primer. He [Mahomes] says he saw that, in a group of guys with various types of backgrounds, a variety of character types emerged.

He studied the different ways you could be a pro athlete: Some players were unapproachable, others were more graceful and easygoing. The latter were more likely to take time with a young kid, let him hit with them...

Gehrig Dieter, another Chiefs teammate, told me that “people connect with him on a personal level because he is a normal guy that just happens to be super good at football.”

You may not be a professional baseball player like Patrick Mahomes’s father, but you can surround your children with mentors for them to imitate. And the best mentor of all? Yourself.

When good people with good intentions discover a way to improve their chance of success, it seems obvious that you should do the same. But conventional wisdom is sometimes more conventional than wise. Here’s another excerpt from the article:

“He [Mahomes] didn't go to all those camps where these quarterback coaches are telling you, ‘This is what you need to do to be successful,’ ” says Hawkins, his godfather. “He never was put in a box, so they never took away his athleticism and his ability to play-make. You don't try to ride a mustang; you just let him run.”

All three of Mahomes's football coaches (Adam Cook, who coached him in high school; Kingsbury; and the Chiefs' Andy Reid) shared with me, separately, the importance of this idea. To his great fortune, Mahomes never had coaches bent on correcting what was unconventional about his game—his footwork, his throwing mechanics—or on tampering with the components from which he makes his magic.”

We all have a little magic in us. Don’t let the rat race of academic pressure social expectations dull your child’s unique talent. Guide them toward their curiosities and embrace their quirks.

Cultivate those idiosyncrasies and you may find yourself the proud parent of a 24-year-old from Tyler, TX who just signed the most lucrative contract in the history of sports.

“In the four full years he's dedicated to football, Mahomes has not been told, nor has he discovered, where the limits lie—so he's going to keep trying to find them. That's scary news for defenses all over the league: Mahomes is just getting started. “I'm nowhere near where I can be,” he says.”

That’s the sign of a man driven to be the best version of himself. Extrinsic rewards can be a great motivator for short term gains, or to kickstart your kids into action when they need a little boost. But if you want your child to become truly great at whatever they do, help them discover what makes their soul smile. Nothing will push them to succeed more than themselves.

Everydae Parents is a community of moms, dads, educators and forward-thinkers on a mission to redefine how we raise "successful" teenagers.

Because academic and social pressure are out of control as students are told to pursue perfection at all costs.

No wonder 70% of teenagers say that anxiety and depression is a “major problem.”

A better way to help students discover their direction in life.

A better way to prepare them for college and their career.

A better way to ace high school (and life) without the stress.

“I believe in maximizing every single day.”

Get your FREE guide to raising successful teenagers